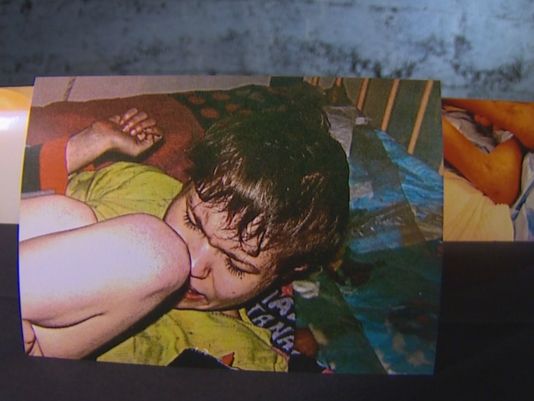 On an October morning three years ago, emergency responders were sent to a North Bend home to do a welfare check. What they found, they said, still haunts them—a blind, disabled girl emaciated and writhing in pain.

How the girl came to be in such a terrible condition is what prompted a $27 million claim filed Monday against the Washington State Department of Social and Health Services (DSHS).

"I remember it like it was yesterday. It was one of the most horrible things I'd ever seen," said one of the responders, King County Detective Belinda Paredes-Garrett.

April and Jeff Henderson, the couple who was being paid to care for the girl, tried to stop the first responders from entering.

"April actually stood in front physically of where Heather's bedroom was so that we weren't to enter it," Paredes-Garrett said. "And we said, 'We're going in there, you need to move out of the way and let us do our job.'"

"We opened the door and immediately had the smell of feces, and there were diapers on the floor, feces on the floor," Foster said. "There was a bunk bed. She was under a blanket, in the bunk bed."

"I saw a young girl, thought she was a child, so small, skeletal like. And she was in nothing but a very, very soiled diaper," said Paredes-Garrett. "And she was wailing and moaning a sound I've never ever heard and the only thing I could compare it to would be a wounded animal."

"I still get emotional. I wasn't prepared to see that," Paredes-Garrett said.

In some of the photos collected at the scene, it's hard to even make her out amid all of the garbage and clutter in her bedroom.

"We all thought this was the worst case of neglect we'd seen on a person that was still alive," said Foster.

After Heather was removed from the home, it was discovered that the Hendersons allowed the girl's teeth to decay so badly that she required 19 root canals.

According to court documents, Heather was 10 when her caregiver died and Jeff and April Henderson took her in. The couple was paid by DSHS to ensure that all of Heather's needs were met.

Yet Foster said he was shocked at how April Henderson reacted as they watched Heather moaning and writhing in filth in her bed.

"There was no love, she had no love or compassion for this young little girl, she was only mad because the child had taken the diaper off," Foster said.

State records show that after the Hendersons took over Heather's care in 2003, DSHS began hearing complaints of negligent treatment.

According to state records, in 2004, Heather's teachers complained that she was coming to school without a coat, wasn't being bathed, had bad sores, smelled of urine and feces.

In 2005, educators reported Heather had bed sores and smelled. In 2009, teachers reported more allegations of mistreatment, saying Heather was chronically dirty, crying, missing hair and her bottom was crusted with old feces.

She began missing school, and by June 2010, Heather Curtis was no longer coming to school.

DSHS records indicate that over the next two years social workers paid an occasional visit to the Hendersons' home, but always gave advanced notice and never went into Heather's bedroom.

"A red flag would be when someone is brought out to one room when you're there to check on her. I want to see where this person lives and sleeps," Paredes-Garrett said.

On October 17, 2012, April Henderson took Heather Curtis to Seattle Children's Hospital for a medical appointment. The nurse who saw the teen documented numerous concerns of neglect. She wrote in a complaint to Adult Protective Services, "She (Heather) appears to be very poorly cared for. She has been medically neglected. I do not believe the Hendersons have her best interests in mind."

On October 25, police and firefighters were sent to North Bend and removed Heather from the Hendersons' home.

Attorney David P. Moody was hired by Heather's new guardian to look into suing the state for failing to supervise the Hendersons' care of Heather.

According to police reports, those checks—more than $4,000 a month–were the only money supporting the Hendersons and their four children; Jeff and April were both unemployed.

"Heather was a meal ticket to the Hendersons; no one should ever treat another human being the way that they treated Heather," said Ian Bauer, another attorney on the case.

Police reports show that when the emaciated Heather was removed from the home, Jeff Henderson weighed 500 pounds. And the family had plenty of nice belongings.

Detective Paredes-Garrett said she was surprised there was a big screen television, laptops, and an expensive reptile collection.

"Heather was living in absolute squalor while the Hendersons were living a good life. DSHS was subsidizing the Henderson's lifestyle, none of the money was going for Heather," said Moody.

After all of that, the Hendersons cut a deal. The couple plead guilty to 2nd degree criminal mistreatment and were sentenced to just 9 months of home detention.

"When Heather was rescued she was on the verge of death," said Moody, explaining the request for $27 million in damages from DSHS.

"DSHS had its chance, they had its chance with her and now we're asking that DSHS pay for private care for Heather for all her needs for the remainder of her life," Moody said.

Her rescuers believe Heather knows she's finally on the path to having the care she deserves.

Scott Foster says he spoke to Heather on that October 2012 day just before he and the other responders wrapped the girl in a sheet and carried her to an ambulance.

Foster remembers he told her: "'Honey, we're here to help you, we're gonna get you out of here.' And she smiled at me. She'd been through a rough time and she knew that she was gonna get out of there."

Paredes-Garrett said she when she visited 9 months after the rescue, Heather had gained 30 pounds and was back in school.

KING 5 made repeated attempts to reach the Hendersons but never received a response.

DSHS told KING 5 that confidentiality rules prohibit the agency from commenting on Heather's case. But the agency insisted that when it learns of abuse, it's "personal."

DSHS says since January 2013 the department has made improvements including increasing investigation staff and implementing an automated abuse system that provides a single database for tracking complaints.

That database was launched two months after Heather was rescued. 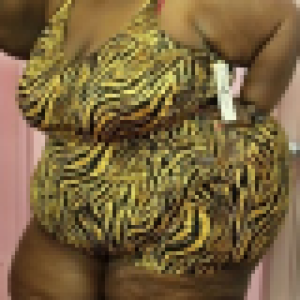