To: The International Court of Justice
INTERPOL
UNICEF

Subject:  Israeli Citizen  and Mother of Two Boys Wrongly Taken by the State of Israel, LORI SHEM TOV, is Being Sued by the ISRAELI SOCIAL WORKERS ASSOCIATION, Most Specifically by "Child Welfare" Officer, ETI DOR DOBROVINSKI and YITZCHAK PERRY HaTZORER, Chairman of the Israeli Social Workers Association, Who Themselves Should Be Tried For CRIMES AGAINST HUMANITY

We, the decent and caring citizens of Israel, are deeply grateful that the International Court of Justice and UNICEF have become actively involved in investigating the many, widespread and outrageous abuses of the Israeli Court System and the Ministry of Social Affairs and Social Services (aka Social Services).

The most horrific abuses of citizens comes in the form of the babies who are stolen from parents who are told the babies died and no body is produced, and the children who are ripped out of normal homes under the pretext of abuse and/or neglect. The Ministry of Social Affairs and Social Services is the Ministry that handles both adoptions and placement of children removed from their homes in institutions and in foster homes.

LORI SHEM TOV is a Mother of two boys whose only "crime" was to divorce her former husband, EPHRIAM ELIYAHU, a known drug dealer and drug user who has spent some nine years in Israeli prisons for various crimes. Her motive was to protect her two children from his criminal and violent influences.

EPRHAIM ELIYAHU, who came to a meeting in which fitness to parent was to be determined obviously under the influence of drugs, was given sole custody of the two boys, after a brief time in which they were placed in an "emergency center". Three years later, the two small boys are still in this dangerous man's sole custody.

LORI SHEM TOV is a fully functional, loving, caring, providing, working Mother. There was no reason for Child Welfare Officer ETI DOR DOBROVSKI, to come to her door at 10:00 in the evening with the Givatai'im Police in force, waking the boys from their sleep. Later, the two then very small boys were taken from their schools in the middle of the day.

When LORI SHEM TOV pleaded with JUDGE NAPHTALI SHILO, in the Family Court in Ramat Aviv, realizing that he knew that the Report given to him by the "Child Welfare" Officers was falsified; he answered: "You have to understand. I am subject to orders." JUDGE NAPHTALI SHILO must be questioned to discover what orders he is under and who issued those orders!

The extent to which the Court System in Israel is out of all control was evidenced when I was detained for questioning in early November 2011, in order to frighten me into shutting up. Chief of Investigations of the Sefad Police, AVI  BEN SHAAN, told me that the Complainant, "Child Welfare" Officer for the Southern District of Israel MIRIAM BENATAR, is the widow of JUDGE MORRIS (MAURCIE OR MOSHE) BENATAR who was MURDERED. When I responded that the news reports claim that  Judge Benatar committed suicide because his work load was so heavy, Officer BEN SHAAN answered: "Murdered, suicide, whatever."

After spending about 300,000 NIS on various Court fees, lawyers' fees and the endless, needless examinations that she has been subjected to; LORI SHEM TOV is now being sued by THE ISRAELI SOCIAL WORKERS ASSOCIATION, most especially by ETI DOR DOBROVSKY and YITZCHAK PERRY HATZORER, for slander because Lori has told the public only the truth of what was done to her two boys and to her by the CHILD TRAFFICKING BUSINESS that is being run by the ISRAELI GOVERNMENT in her blogs and in films.

Yes. This is CHILD TRAFFICKING. And it is being conducted by the ISRAELI GOVERNMENT for profit and in order to traumatize the Israeli public into total submission to any and all outrageous and frankly insane laws, which they invent at a prodigious rate.  Children are being removed from normative homes and from homes in which problems that are entirely remediable are occurring. These children  are being placed in foster homes and in institutions. This provides jobs for armies of judges, lawyers, social workers, psychiatrists, physicians, nurses, pharmacists, psychologists, child development professionals of all stripes, staff in institutions and more, including income for foster families.  Many of the children are heavily medicated in their various frameworks of placement as well. This is officially a FIVE BILLION SHEKEL a year industry and we do not know how much more money is being generated that is not being reported.

Report after Report has proven that babies have been stolen by the ISRAELI GOVERNMENT and put up for adoption. The families of the stolen babies are the most brutally silenced. A reign of absolute terror is conducted against these families.

This is the story of RABBI UZI MESHULAM and his son who investigated the stealing of Yemenite Jewish children:

Rabbi Uzi Meshulam and his son are persecuted

Report after Report has shown that children are being removed from normative homes and from remediable homes and placed in institutions (including psychiatric institutions) where they are abused, including sexually abused, to an extent that far exceeds anything that occurs even in dysfunctional homes. Many of these children are poly-medicated as well.

We know that at least a couple of these Reports have reached the United Nations.

We know that Israeli Parents have been petitioning the International Court in a desperate attempt to find justice, which is impossible within the framework of the Israeli Court system.

Lately, parents, like LORI SHEM TOV, who have bravely informed the public of what is occurring to them are being sued for fantastic sums, hundreds of thousands of Israeli Shekels, in order to terrify them and povertize them into shutting up.

LORI SHEM TOV is now on the verge of economic collapse. She simply cannot pay over 200,000 NIS for false charges.

And they are false charges!  This is not a matter of slander. It is a matter of an innocent and loving and fully functional Mother screaming for help to the public for her Children and herself.

Every day of her life LORI SHEM TOV awakens knowing that she is fully able to raise her two boys and knowing they are under the absolute control of their father, convicted drug dealer and drug user EPHRAIM ELIYAHU.

The Israeli Government is now functioning on many, many levels as a rogue government. There MUST BE INTERNATIONAL INTERVENTION IN THIS MATTER.

The cruelty of the Israeli Government against its citizens is unheard of. I personally know of three cases of children who died from completely natural causes, yet Social Services removed other children from the homes subsequent to the natural death of the one child. IS THERE CRUELTY MORE HORRIFIC THAN THIS?

The sheer PERVERSION and SADISM of the Israeli Government is exemplified in the words of IRIS AVRAHAM Deputy Mayor of Givatayim,  in charge of the Welfare Portfolio in Givatayim.

The actual conversation in Hebrew was recorded by LORI SHEM TOV and is available in this video:

I personally know of three cases of babies having been stolen from families just here in Tzfat (aka Zefat or Sefat) alone, a town of 30,000 residents.It should be understood that most people to whom this occurred do not speak about it, that I am not a very social person and do not know most of the people in the town and that at the time these thefts occurred, Tzfat (Sefad) was a much smaller town. Also, this is occurring in many towns in Israel. All these facts taken into consideration; we have to understand that the numbers of people who had babies stolen from them in Israel is fantastic.

Some Parents who have complained publically about their children being stolen have been placed in psychiatric institutions.

The oddest  fact, which must be investigated,  is that children who are in genuinely compromising situations in their homes are often NOT removed from those homes. A number of people I know have told me that they have reported cases of extreme abuse to Social Services AND NOTHING WAS DONE. The children remain at home.

The case of LORI SHEM TOV'S two small sons being in the custody of their drug using and drug selling violent, convicted criminal of a father, EPHRAIM ELIYAHU is by no means unique. Violent, dysfunctional,  addicted and otherwise extremely problematic parents are often awarded  custody of the children by Family Court in divorce settlements upon the recommendation of the Social Affairs and Social Services committee.

A recent news expose claimed that the Ministry of Social Affairs and Social Services "lost" hundreds of files of children supposedly at risk.

How can more than 300,000 children be deemed "at risk" in a country as small as Israel? The following article is in English.

The State of Israel is pursuing a programme of planned povertization of the population that is resulting in many children being deemed "at risk"!

It must be understood that the atrocities being committed against the Palestinians (many of whom are of Jewish descent) by the Israeli Government masks the ATROCITIES and CRIMES AGAINST HUMANITY that are being perpetrated by the Israeli Government against Israeli citizens. While the world watches Palestinian children being killed, Israeli children are being stolen. THE ATTACKS AGAINST THE PALESTINIANS IS A DIVERSIONARY TACTIC!

We, the decent citizens of the State of Israel, all of whom are aware that the Child "Welfare" system is terribly awry (there are broadcasts on the news to this effect on an every-week basis) implore you to investigate and intervene and stop these ATROCITIES and CRIMES AGAINST HUMANITY against the Children of Israel and their hapless Parents.

In sincere gratitude for your concern, 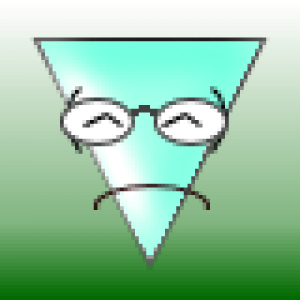